An elaborate 49th day memorial mass puja service was held in the Thegchen Choling Temple, in McLeod, in remembrance of all the victims who lost their precious lives, and many others who underwent great destruction, who are still experiencing immense difficulty after the recent earthquake which hit Kyigudho region of Tibet.

Organised by the Tibetan Settlement Office, Dharamshala, this special puja took place in the main Palace Temple from 8am to 10am. It was presided over by His Holiness the Dalai Lama.
At the invitation of the Tibetan Settlement Office, Dharamshala, His Holiness the 17th Gyalwang Karmapa also joined in this puja and offered his prayers.

On his way back, His Holiness Karmapa, at the request of the Director of the Tibetan Library, had a short stopover at the Tibetan Library where he consecrated their new, recently constructed, blocks for conference auditorium and meditation room.

His Holiness left Gyuto Monastery at 7am and returned at 11am. 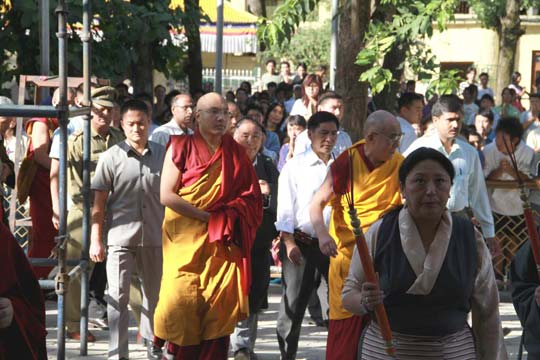 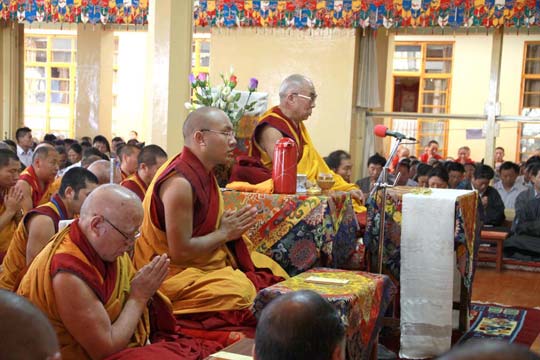 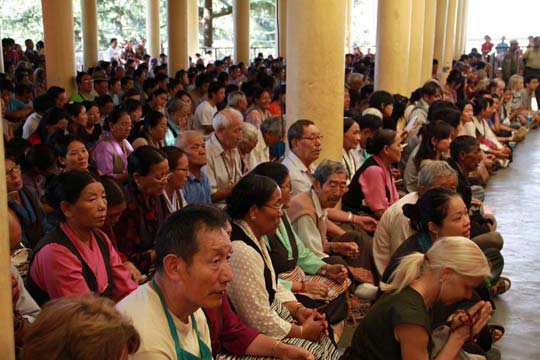 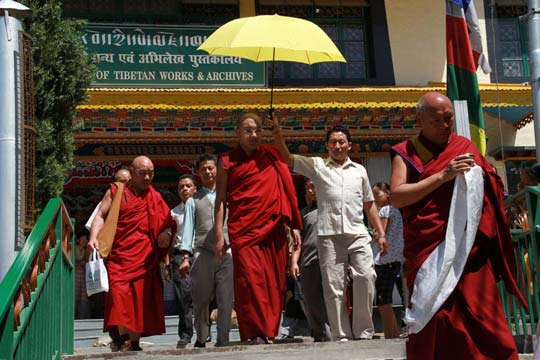