RKST consists of thirty-six monasteries across India, Nepal and Bhutan that are working together to help create an environmental awakening in the Himalayas about the importance of forest protection, water conservation, wildlife preservation, climate change adaptation and waste management.

In the last two years, Gyalwang Karmapa has called for environmental commitments from Kagyu monasteries, nunneries and centers, and organised two major environmental conferences. With unwavering faith in His Holiness Karmapa, [the] Kagyu Sangha has done outstanding work in environmental conservation; from tree planting, to mass cleanup, to environmental education. Environmental resource materials as well as activities of all the Centres [can be] found [on] their website www.Khoryug.com.”*

At 2:30PM, in front of an audience of hundreds, His Holiness gave a public speech on environmental issues, and what we can do to avoid harming the environment. Participating in the event was Gyuto Khen Rinpoche, Lama Omze, and a large audience consisting of those with an interest in environmental protection. The speech took place in the Gyuto Monastery main Shrine Hall and was webcasted live over the internet.

At 4:30PM, following his annual tradition, His Holiness did tree planting. In the Gyuto Monastery Garden, His Holiness planted several medicinal trees. Chants and prayers were made, aspiring for world and environmental protection. Also participating in the event was Gyuto Khen Rinpoche, Lama Omze, lamas, and Gyuto monks. The activities were concluded with Three Jewels prayers and aspirations.

*Quote from the Tibetan Sangha’s Eco-forum. 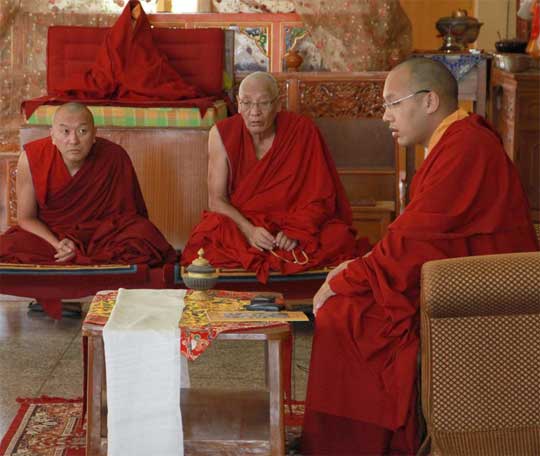 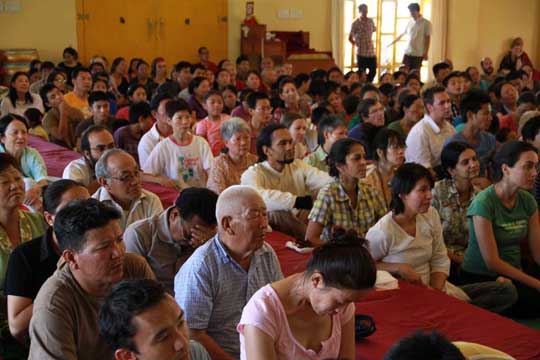 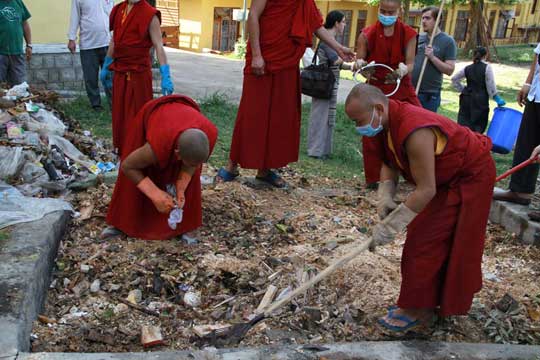 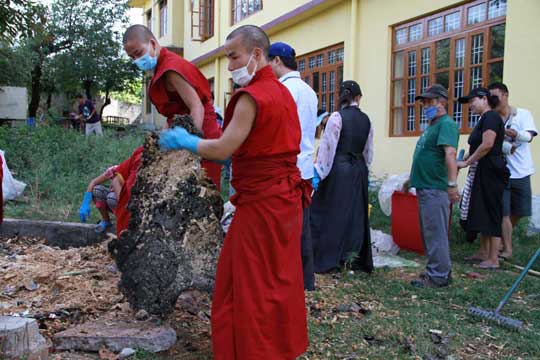 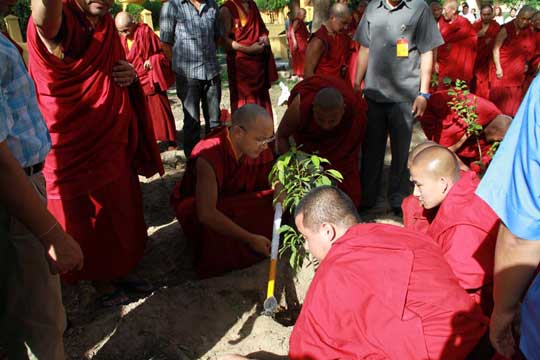 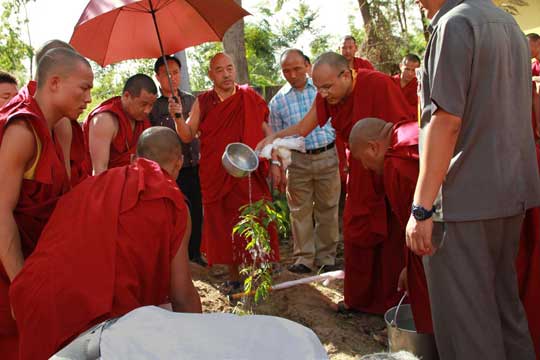 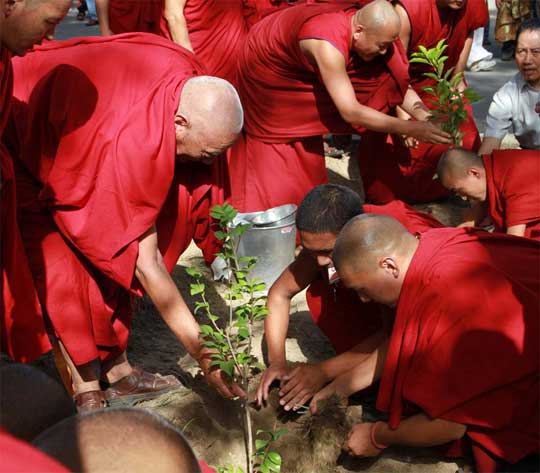