His Holiness the Gyalwang Karmapa celebrated his 26th birthday (according to Tibetan Lunar Calendar).

Tibetans and Buddhist followers living in Dharamsala celebrated the birthday of His Holiness Gyalwang Karmapa. Thousands of international devotees chanted hymns, praying for peace and harmony, while performing with traditional ritual instruments. His Holiness gave a birthday address in Tibetan, English, Chinese and Korean languages. In his brief speech to the gathering, His Holiness thanked fellow Tibetans and well-wishers around the world for their birthday greetings and for holding honorary celebrations.

Dignitaries including Tibetan government officials, parliament members and heads of NGOs, monasteries, nunneries and institutions conveyed greetings to His Holiness. Earlier in the day, the programme had begun with the offering of Mandalas to His Holiness, led by the Gyuto Khen-Rinpoche. Buddhist followers also offered prayers, wishing well-being and a long life to His Holiness. Tibetan Institute of Performing Arts group sang a song composed by His Holiness on his birthday. 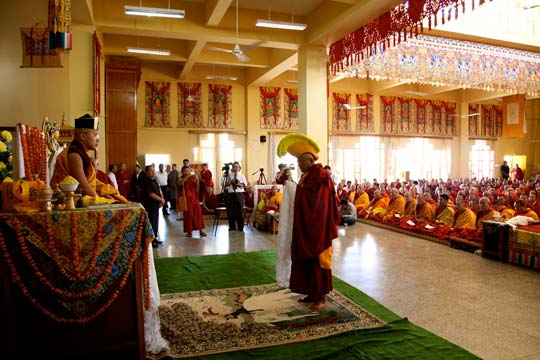 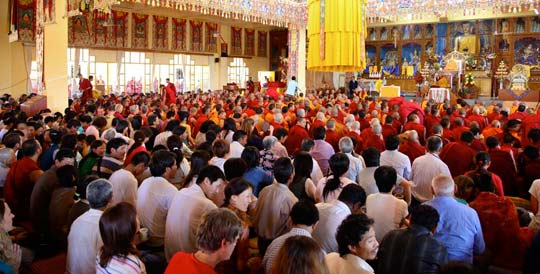 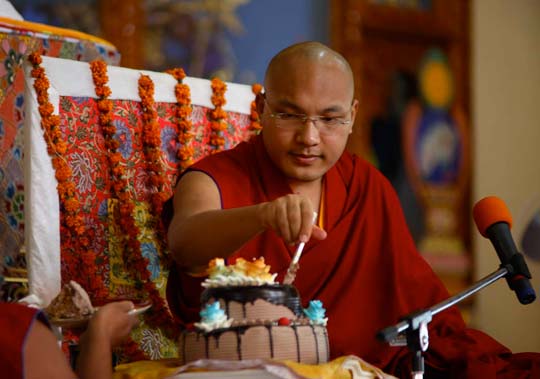 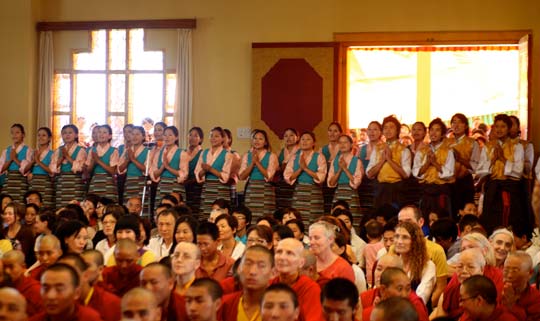 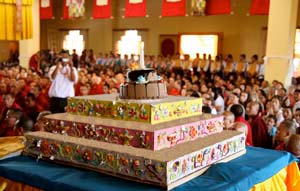