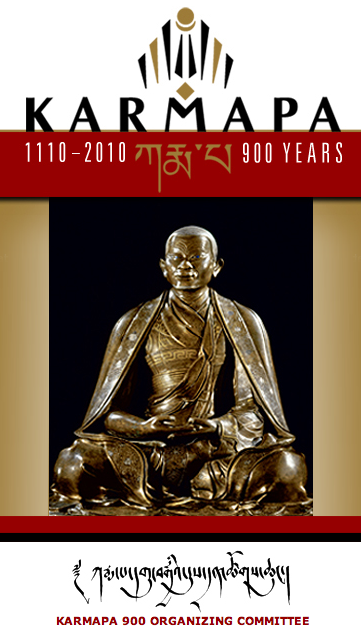 The official Karmapa 900 website is scheduled to go live at www.karmapa900.org on December 7, 2010. Karmapa 900 is the year-long commemoration of the 900th birth anniversary of the First Karmapa, Dusum Khyenpa.

With the aim of allowing Dharma friends, disciples and well-wishers of the Karma Kagyu lineage around the world to connect with Karmapa 900 from afar, the site will offer up-to-date news on all Karmapa 900 events throughout the year, as well as full coverage of the opening ceremony scheduled for December 8 and 9, 2010, in Bodhgaya, India.

Along with a wealth of background material on Dusum Khyenpa and the Karmapa lineage, the site will also feature “Anniversary Poem,” a poem specially composed by His Holiness the Gyalwang Karmapa, and a message from His Holiness the Dalai Lama regarding Karmapa 900.