This was the fifth occasion on which the Gyalwang Karmapa has visited the Root Institute, an FPMT centre in Bodhgaya. The Institute had requested a short teaching on the Heart Sutra for a group of course participants and staff at the centre, who were joined in the small shrine room by other residents and Dharma students.

After opening prayers led by two monks from Namgyal Branch Monastery in Bodhgaya, the Gyalwang Karmapa began his talk by expressing appreciation to the Root Institute for their work in helping the poor and disadvantaged people of the area. Some of their work includes the Shakyamuni Buddha Health Care Programme and the Tara Children’s Project, which cares for HIV-positive orphans. His Holiness emphasized the ideal importance of transforming compassion into positive action.

Following his talk, the Gyalwang Karmapa met and spoke with children from the Tara Project and helped launch a small hot air balloon proclaiming: SAVE THE CLIMATE ACT NOW. He also talked with local people working in various capacities at the Institute. 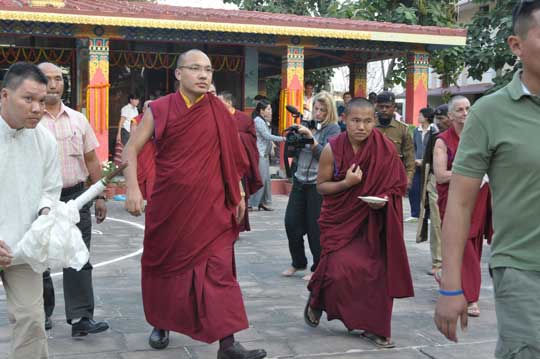 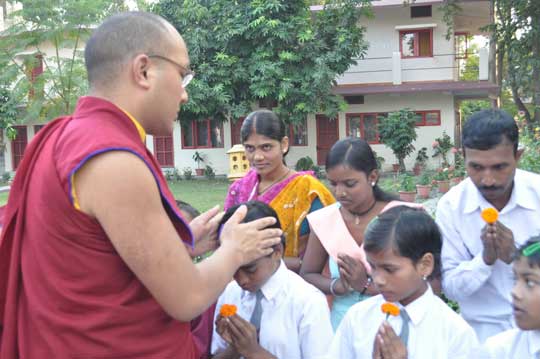 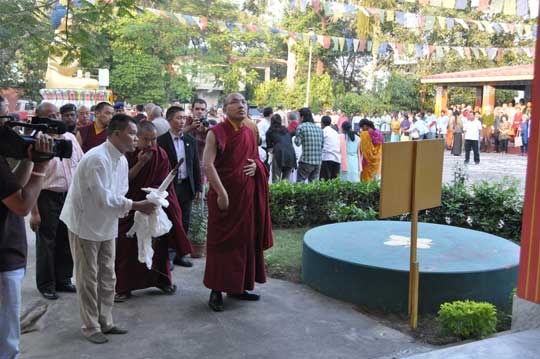 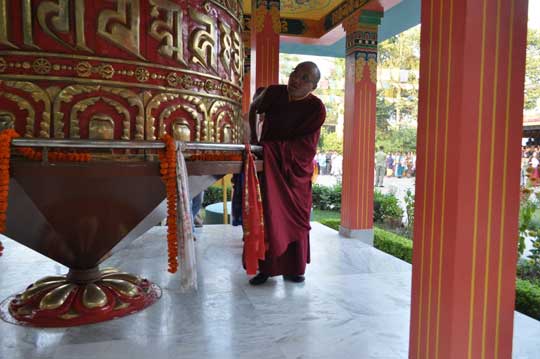 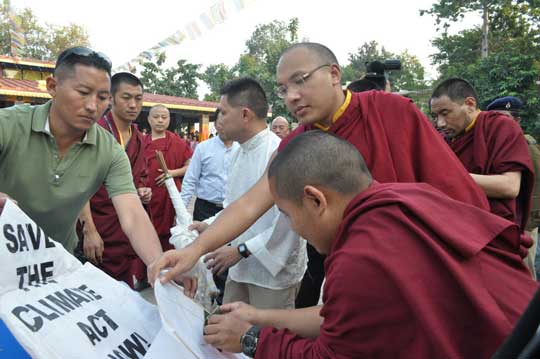 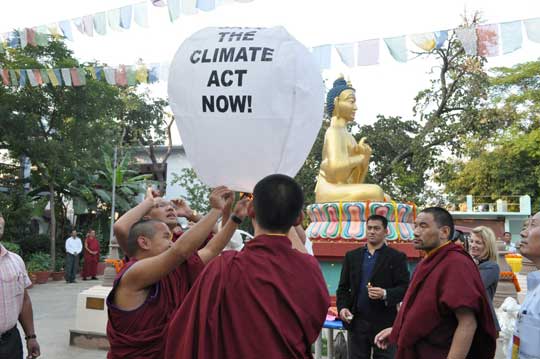