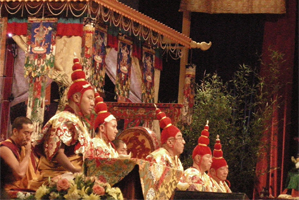 In the evening, His Holiness the Karmapa held several private audiences including with Sharon Salzberg, an esteemed American Buddhist teacher and author.