On Tuesday 2nd November Kyabje Sangye Nyenpa Rinpoche successfully concluded his transmission of the Tibetan collection of Buddhist sutras known as the Kagyur.

The transmission had taken almost two months and entailed reading 100 volumes of Buddhist scriptures. There were two sessions of the transmission held each day. The morning sessions usually began at 6.00am and afternoon sessions at 2.00pm. Sessions lasted on average three hours, but sometimes lasted four or even five hours.

After the reading transmission concluded on the final morning , there was a closing ceremony, Monks from Tsurphu Labrang offered a mandala and long-life prayers to Sangye Nyenba Rinpoche, followed by general dedication prayers.

Traditional Tibetan tea and sweet saffron rice were served and everyone offered a khata to Rinpoche.

During the dedication prayers His Holiness spontaneously composed a long-life prayer for Rinpoche, copies of which were printed out immediately and handed round to the other participants so that everyone there could recite it.

Simultaneously, a group of monks from Tsurphu Labrang went to Lhagyalri on the kora around the Dalai Lama’s palace in McLeod Ganj, in order to offer a fire puja and hang thousands of prayer flags for the auspiciousness of the occasion. 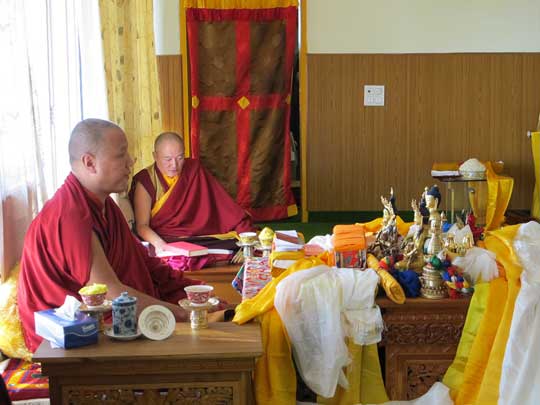 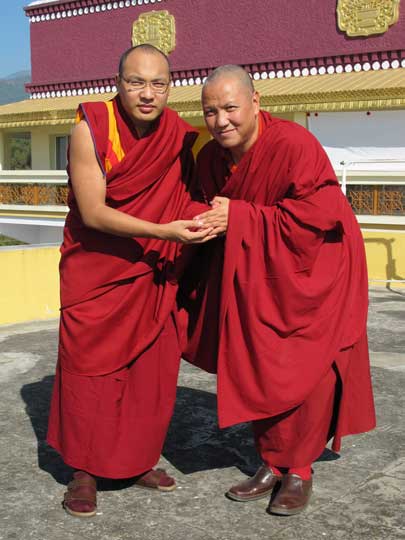