His Holiness Gyalwang Karmapa attended the 75th birthday celebration function of His Holiness Dalai Lama. Featuring a day-long cultural show, the event was held in the courtyard of the Main Tibetan Temple (Tsuglag-Khang) in the presence of the Dalai Lama.

Thousands of Tibetan exiles, joined by visiting tourists and members from local Indian and Nepali community, attended the birthday celebration.

A group of Chinese from Australia also greeted the Dalai Lama on the occasion. Well-wishers representing local schools and the Indian and Nepali community of Dharamsala presented birthday gifts and greetings to the Dalai Lama. Tibetan, Indian, and Nepali artists performed cultural songs and dances in traditional costumes. 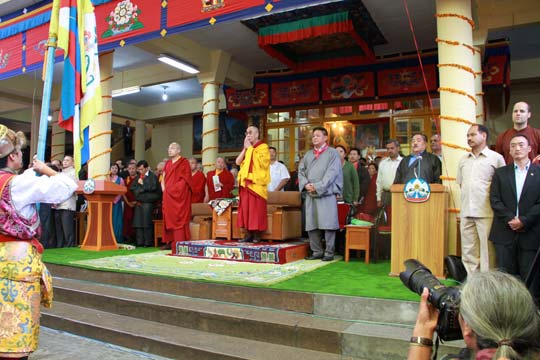 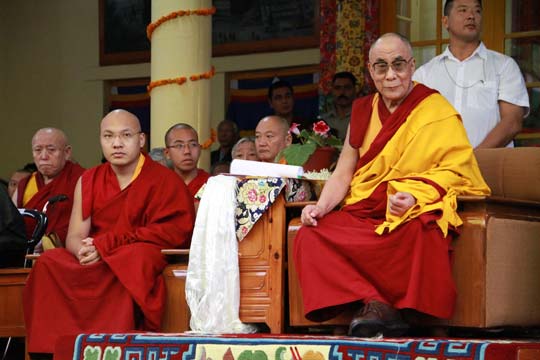 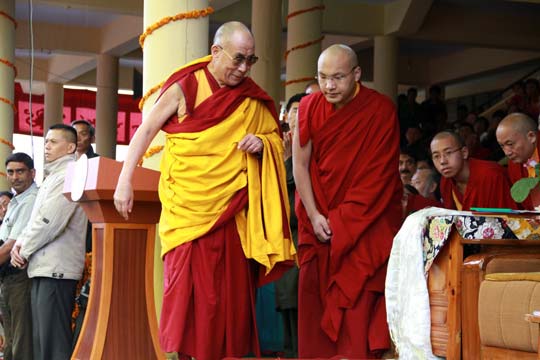 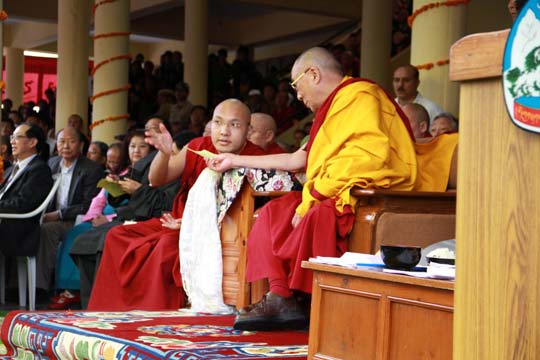 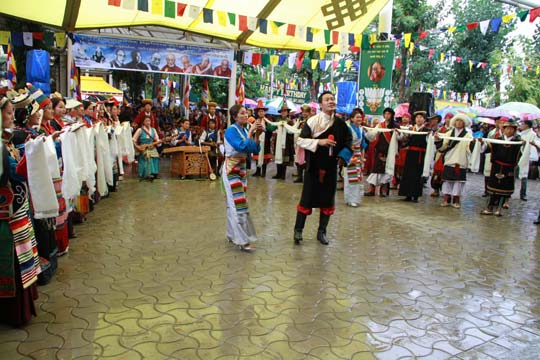 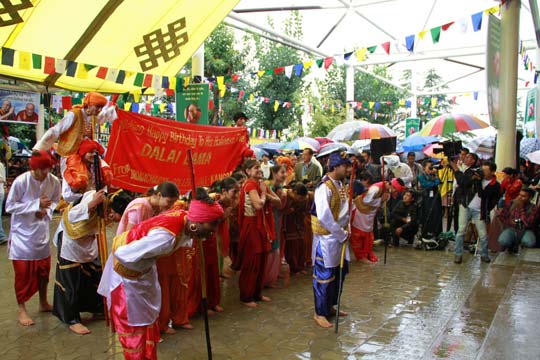 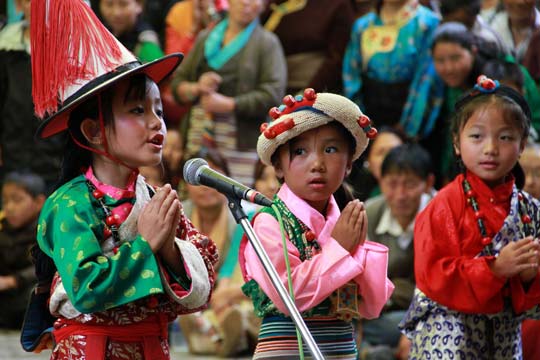 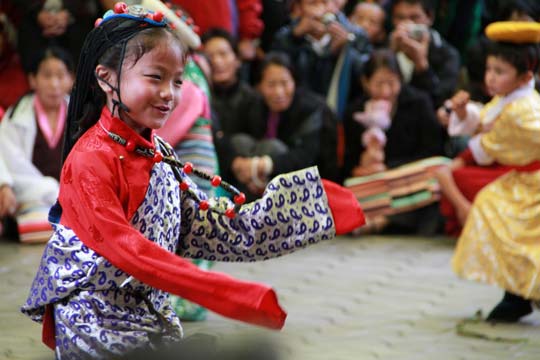