Day Two of Autumn Teachings: The Kindness of Mothers (and Fathers and Friends)

The second day of Autumn Teachings continued today at Gyuto Tantric University in Dharamsala, with a growing number of viewers around the world also receiving the teachings via live webcast. As His Holiness continued on the topic of cultivating relative bodhichitta, he gave a moving account of the kindness of mothers. However, before beginning the presentation on mothers’ kindness, which many Buddhist texts taking as a starting point for the cultivation of relative bodhichitta, the Gyalwang Karmapa pointed out that if due to a difference in cultural background we feel some doubt or difficulties with this presentation, we should not worry. We all surely have someone who has shown us great kindness – if not our mother, then our father, or a friend, or even a dog has been kind to us. If nothing else, he quipped, we ourselves may have been greatly kind to ourselves!

His Holiness went on to describe the care he had received from his own mother during his childhood in a remote nomadic region of Tibet. Lacking such facilities as electric heaters or baby bottles, his mother nourished him with her own milk and protected him from the cold by holding him close and sharing with him the warmth of her own body. Right from the beginning, His Holiness commented, we started within our mother’s own body, and initially formed part of her very flesh and blood. The Gyalwang Karmapa added that he cannot say he personally remembers the events that took place when he was one or two years old. But since we all enter the world in a similarly vulnerable state and similarly count on our parent’s care in similar ways, we can be confident that we were all the beneficiaries of great parental care.

Though we may find it difficult to recognize or relate to others as having been our own kind parents, His Holiness noted that when we watch movies we are able naturally to empathize with and root for the good guys. Since we are in fact the recipient of great kindness from sentient beings and since we do have this capacity to connect to others, what is it that impedes us in doing so? It is our own self-grasping or egocentric fixation that limits our ability to connect to others. As if trapping us in a prison with restricted visiting rights, it is our own egocentric self-grasping that limits whom we let in. In the end it is that simple a matter, His Holiness said. 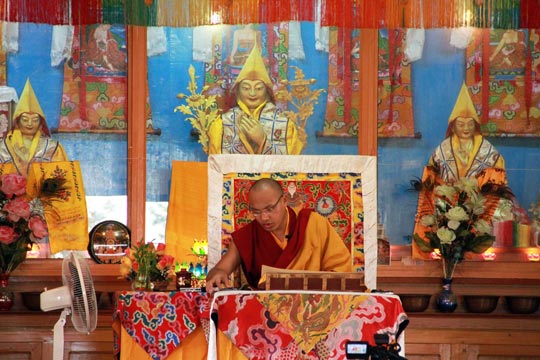 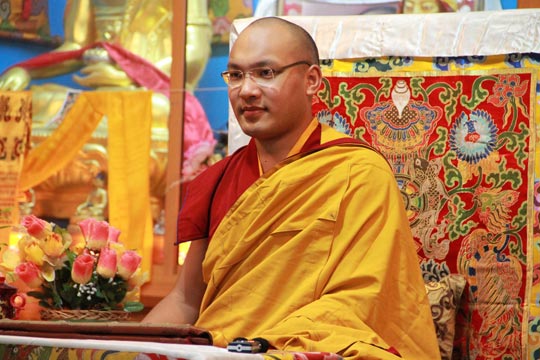