On this fourth day of the Autumn Teachings Series, His Holiness linked his discussion of compassion to the development of wisdom. Discussing the tremendous kindness of others, the Gyalwang Karmapa extended the previous days’ presentation to include all the kindness we receive from the natural environment as well. His Holiness pointed out that every single breath we inhale is the product of countless anterior causes and conditions coming together. We are the beneficiaries not just of a single lungful of the oxygen that is essential to our survival, but of a continual supply throughout our lives. The Gyalwang Karmapa then went on to relate a personal experience he had while circumambulating Gyuto some time back, in which he felt the enormity of all that nature is offering us at all times, and was filled with a sense of wonder at this fact, and with wellbeing and happiness. Often, the Gyalwang Karmapa commented, we focus on all our personal goals and projects, and on what we have failed to accomplish with our own efforts, rather than opening our perspective to the tremendous richness and goodness that nature is offering us at all times, with no effort whatsoever. Maintaining an awareness of this ever-available goodness could bring far greater contentment and joy to our lives.

Returning to the storyteller mode to which he so often turned in this teaching series, His Holiness related an incident in which a widow with a newly born child had trained his dog to bring the baby bottle to the child and otherwise look after the infant. One day the father was detained during a blizzard, and arrived home to find a trail of blood through the house. Seeing blood on the dog’s muzzle and not seeing the child, the father was filled with rage and despair. He slit the dog’s throat on the spot, only to find his infant shortly thereafter, covered with blood but otherwise unharmed. When he later discovered the carcass of a wolf near the house, it became clear to him that his kind dog had successfully warded off an attack on his child by the wolf. Connecting the narrative to our own situation, the Gyalwang Karmapa went on to underscore the urgency for us to supplement our compassion with wisdom. Though we may have a sincere wish to benefit others, as long as we fail to understand the fullness of the situation and of people’s individual aptitudes, we will fail to effectively benefit them. Having a wish to benefit is not enough, we need to develop the ability to benefit insightfully. The training that bodhisattvas engage in includes all six of the paramitas or transcendences, His Holiness reminded us, not just generosity but also tolerance, enthusiastic perseverance and wisdom.

Some times, His Holiness reflected, people feel that their own pain and sadness may increase as their compassion for others increases. This can only happen if we are merely focusing on the suffering rather than on the person, the Gyalwang Karmapa stated. We can avoid this error by shifting our focus from the suffering itself to focus instead on the person and on how to free them from their sufferings. Using the analogy of a valuable object that falls into the fire, we do not sit pondering the sadness of the situation, nor do we waste time wondering about the temperature of the fire and how much damage it is doing. Rather our thoughts will turn to the valued object and we will seek the most effective means to extract it from the fire. In this way, the primary object of our meditation on compassion is the being whom we wish to protect and care for, and not simply the forms of suffering they face. 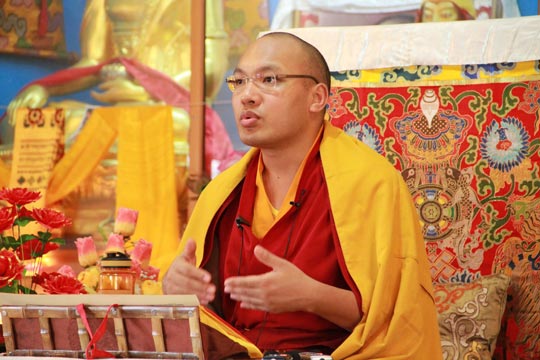 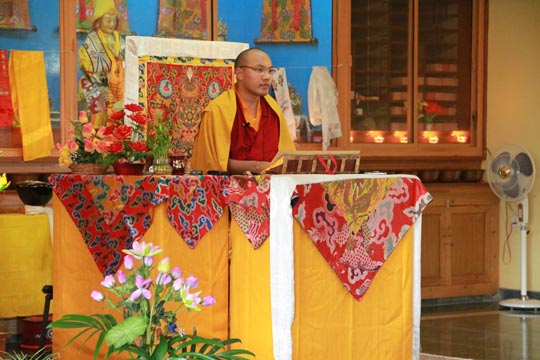 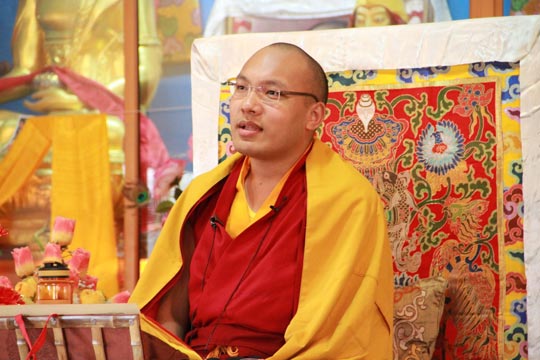