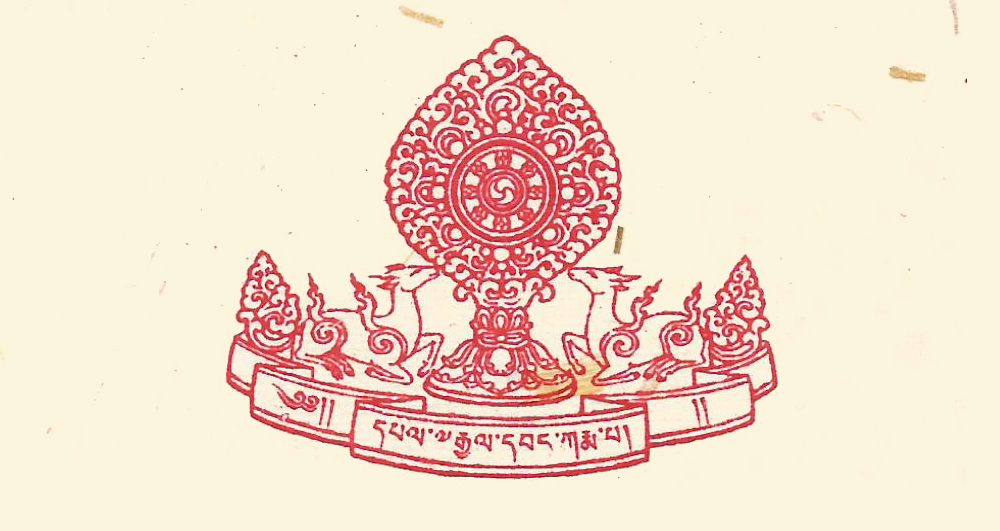 Announcement from the Tsurphu Labrang

(Reproduced from original below)

While in Germany, His Holiness had to cut short his visit and return to the United States due to serious illness and hospitalization in New York of his 80-year-old senior attendant, Gelek Kunchok, who has cared for His Holiness since his childhood.

In the United States, His Holiness went through a comprehensive health check up which revealed new health concerns. His Holiness’ physicians have advised him to take time for further treatment and full rest and recovery. This is difficult in India because of his busy schedule. Therefore, His Holiness has decided to extend his stay in the United States until he recovers fully.

His Holiness Karmapa has expressed his profound gratitude and deep devotion to His Holiness the Dalai Lama for his unwavering guidance through the decades and his deep appreciation to the Central Tibetan Administration for all the support it has provided which has greatly facilitated his stay and activities in India.

His Holiness is also deeply grateful to the Government of India for the hospitality extended to Tibetan refugees in India, and especially to him personally after his arrival in India in January 2000. India has been his home for the past 17 years and His Holiness looks forward to returning to India and continue his dharma activities.

Tsurphu Labrang
Office of His Holiness the Gyalwang Karmapa
Dharamshala 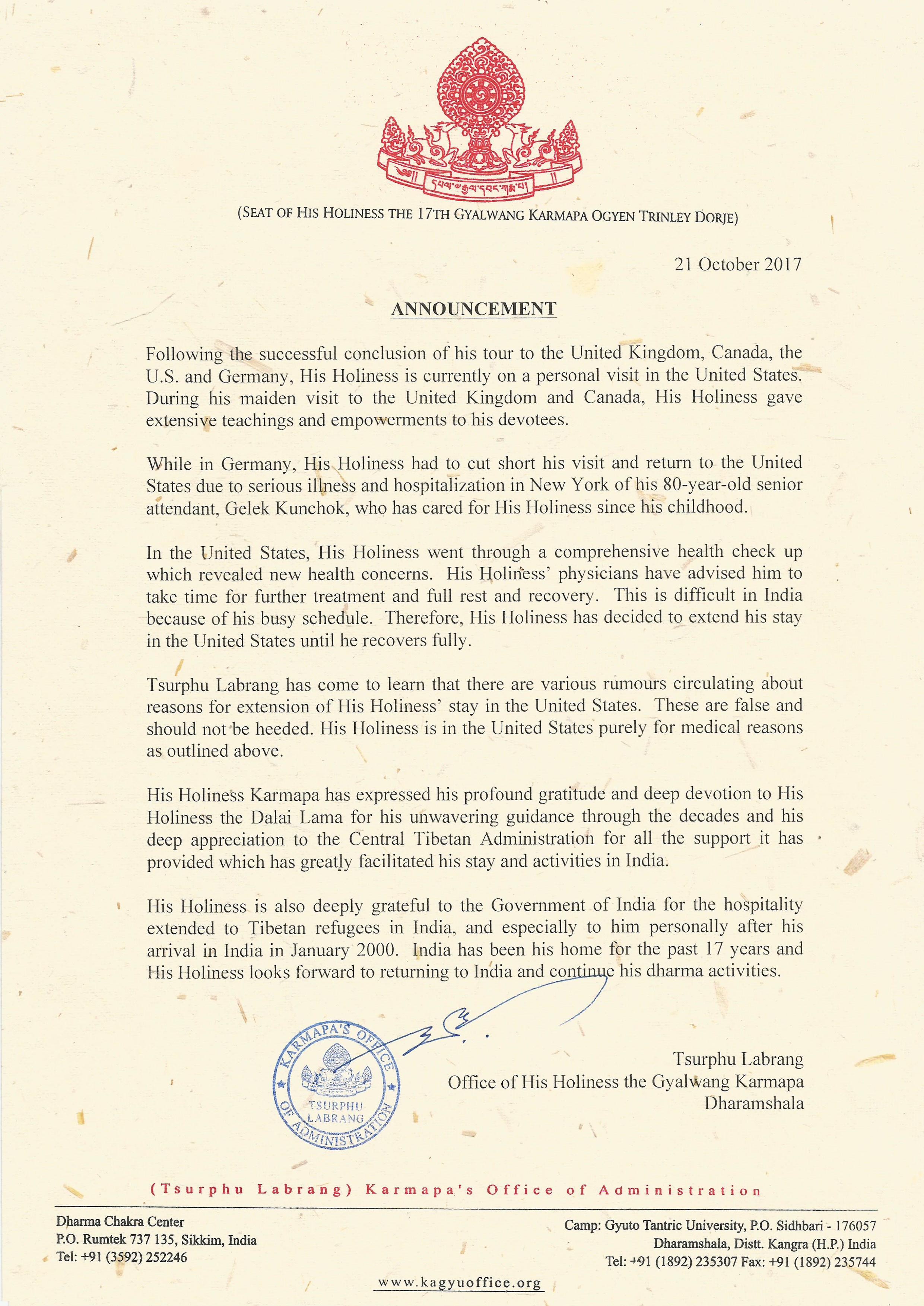 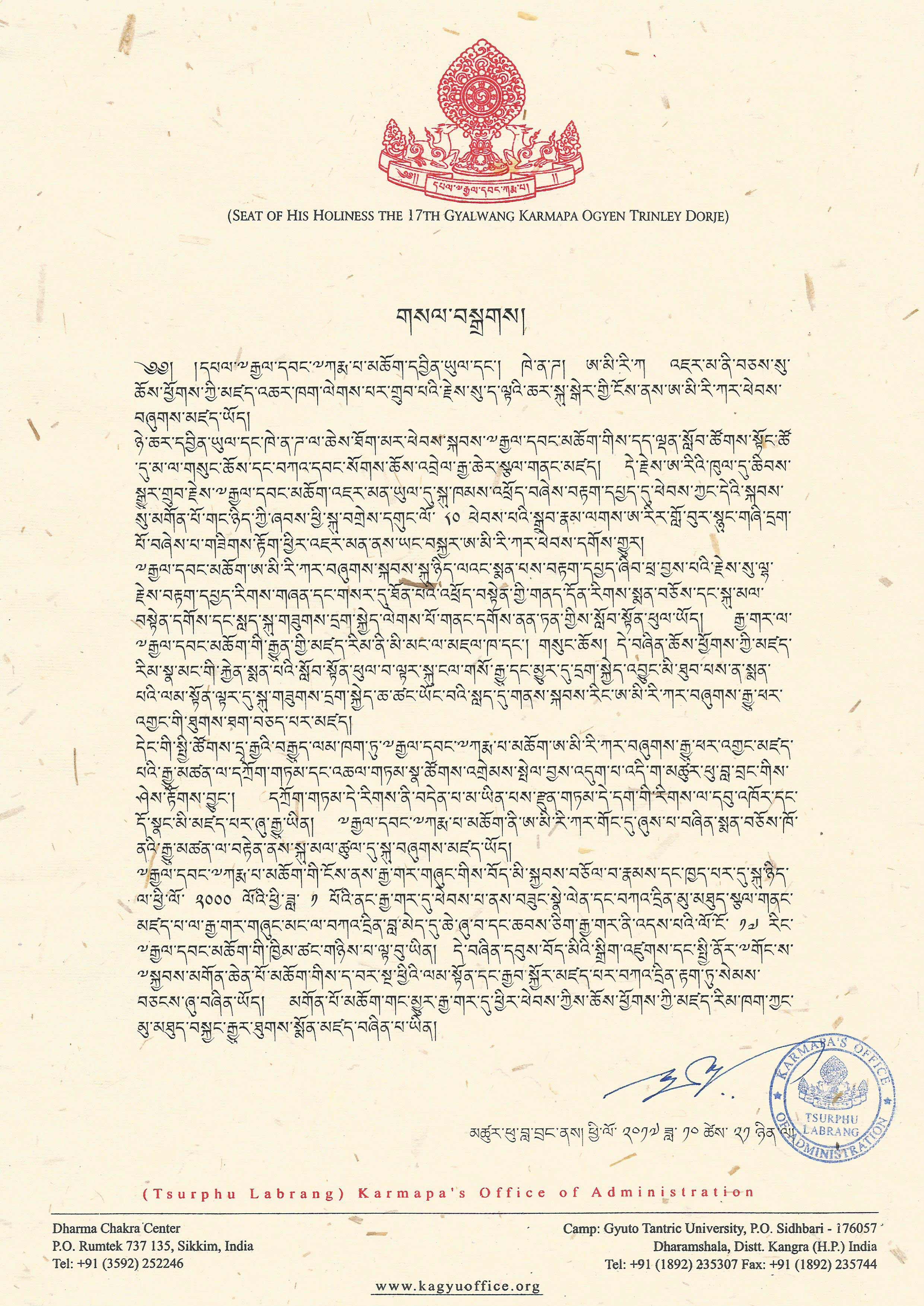