Hundreds of devotees including Tibetan Government officials, monks, nuns, and lay followers came to pay their respects and express their condolences and sympathy towards the victims and families of those affected by the natural calamity in the Drug Chu Zong area of Tibet. The calamity occurred on the 8th of August, 2010.

The prayer lasted two hours. All the attendees made deep prayers and were touched by the presence of His Holiness who was leading the prayer. 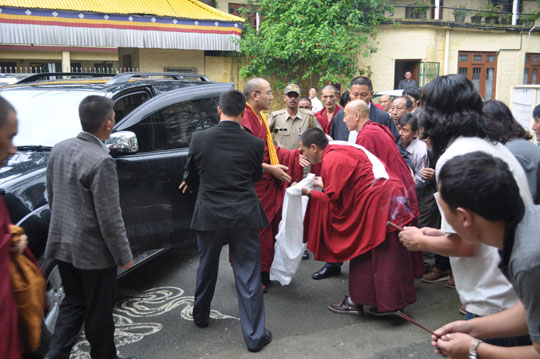 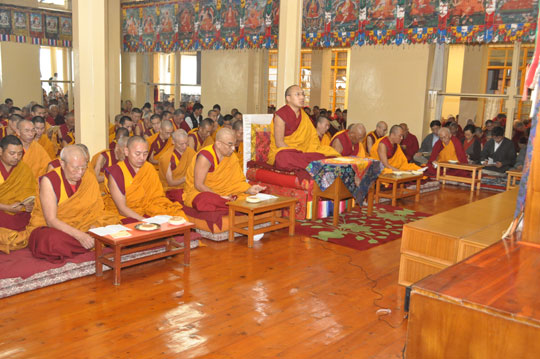 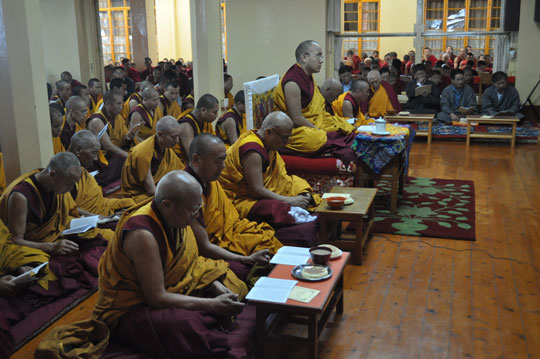 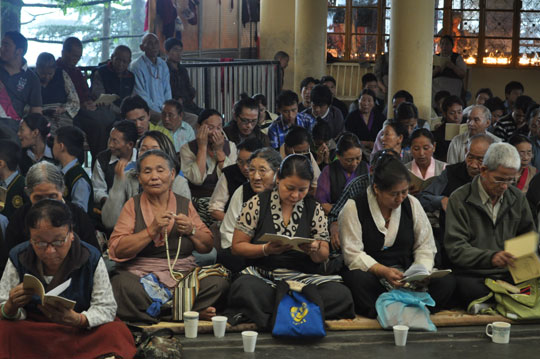 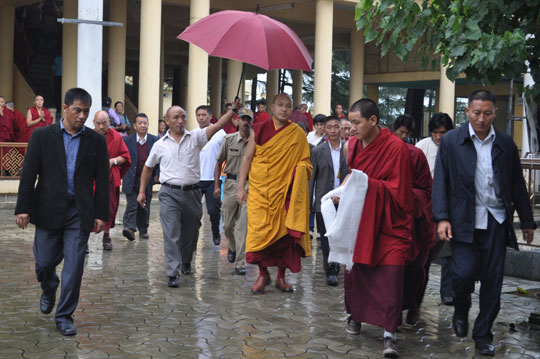