Dagyab Kyabgön Rinpoche met with His Holiness Karmapa at His Holiness’ residence in Gyuto. Loden Sherab Dagyab Rinpoche belongs to the Gelug tradition of Tibetan Buddhism. As “Kyabgön” (Lord Protector) of the Dagyab region in Eastern Tibet he is – like his predecessors since the 17th century – the spiritual and political head of the area. After the traditional study of Buddhist philosophy, Rinpoche graduated from the Drepung monastic college. Later Rinpoche joined the monastic communities of Nyagre Khangtsen of Ganden, and of Ratö Monastery.

The meeting between Dagyab Rinpoche and Gyalwang Karmapa lasted about half an hour. Rinpoche arrived in Dharamsala a week ago. 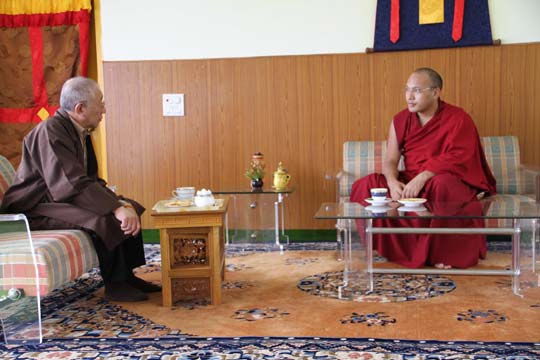 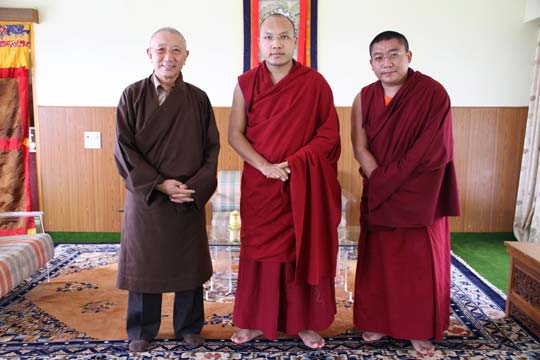